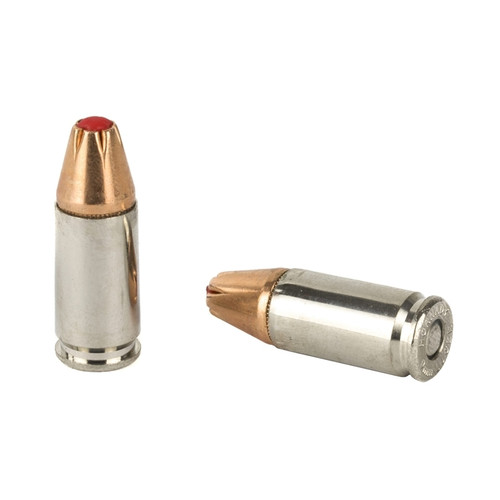 Critical Duty handgun ammunition is built to meet the needs and requirements of LAW ENFORCEMENT and TACTICAL PROFESSIONALS, as well as those law abiding citizens who prefer a full-size handgun for their personal protection and demand superior barrier penetration and subsequent terminal performance.*

In addition, Critical DUTY® loads are "full power loads" designed to function full-size handgun slides. Although designed to work flawlessly in ALL handguns, these loads are NOT optimized for short barreled, concealed carry style handguns; they will deliver standard recoil during firing.

The Critical Duty ammo that the FBI receives is slightly different than what we can buy commercially. The difference? The FBI gets it in 50-round packages instead of 25." gunsandammo.com