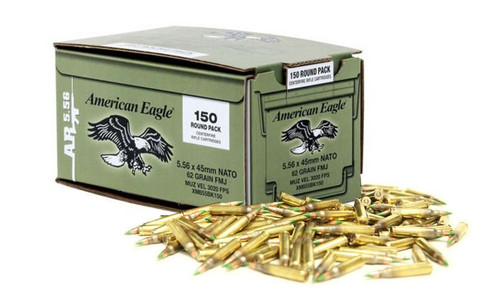 Winchester M855 in stock - it's the same exact thing made in the same Lake City plant as Federal XM855:

600 round case of newly manufactured Federal XM855 62 grain FMJ-BT cartridges in caliber 5.56 NATO. Bulk packaged in 4 boxes of 150 loose rounds. These are green-tipped bullets with steel cores and copper jackets, as used by the US Military. Must buy two or more cases = 1,200 rounds