Featured items are either in stock or will be in stock soon.
Items purchased now are expected to ship  The Next Business Day. If you can add it to your cart, it's in stock and ready to ship. There are no backorders. 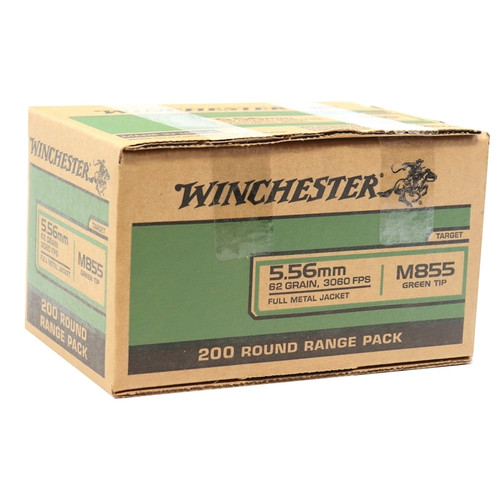 BACK IN STOCK THIS WEEK!

800 round case of newly manufactured Winchester M855 62 grain "penetrator" cartridges in caliber 5.56 NATO. Bulk packaged in 4 boxes of 200 loose rounds. These are green-tipped bullets with steel cores and copper jackets, as manufactured for and used by the US Military. MPN WM855200

These boxes of ammunition may make good trading material the next time the BATFE unilaterally decides to reclassify M855 as "Armor Piercing."