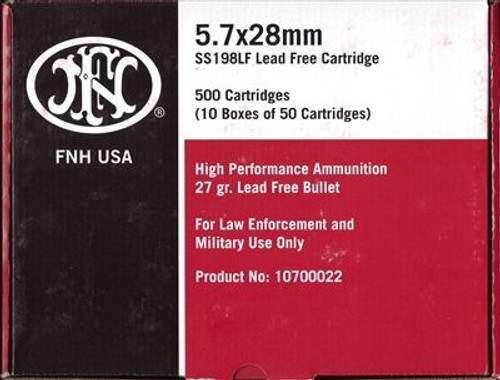 The SS198LF uses the same lead-free projectile and primer as the SS195LF, but propels it at roughly 30-m/s (100 ft/s) higher muzzle velocity. It has a green painted tip. FN restricts the distribution of this round to LE/Military customers only, but it is legal for purchase by civilian shooters.

We also often carry Federal American Eagle AE5728A and FN SS197SR which are loaded by Fiocchi in the USA.

In comparison, the SS197SR velocities are: