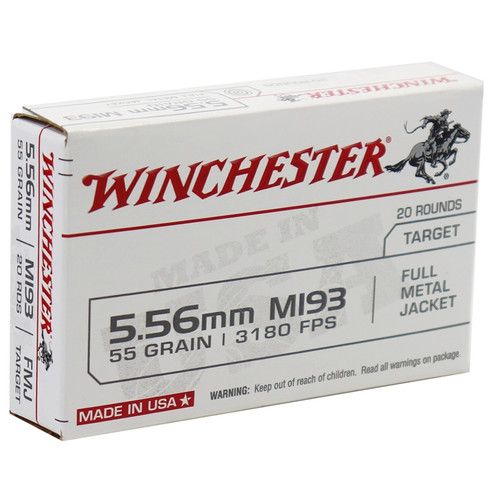 Manufactured at the Lake City Army Ammunition Plant in Independence, Missouri, formally operated by Orbital ATK/Vista Outdoor/Federal Premium, and now operated once again by Olin Winchester. 1,000 rounds of newly manufactured Winchester M193 55 grain FMJ cartridges in caliber 5.56 NATO. Packaged 20 Rounds per carton, 50 cartons per 1,000 round case. Made in USA by Lake City Ammunition Plant. This is the recommended ammunition for use for carbine courses.