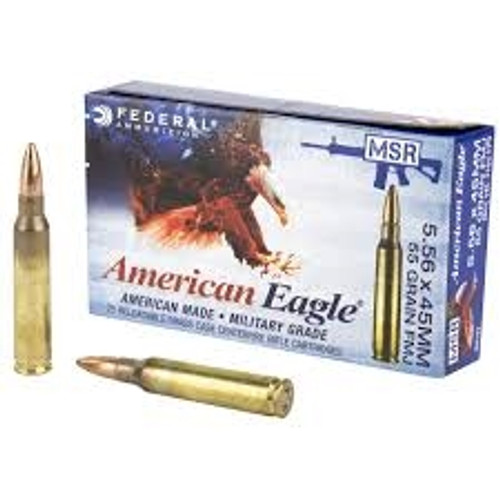 Also in stock at a lower price: Federal XM193BLX, the same ammunition in 100 round boxes.

This same ammunition, when available, can be purchased in limited quantity directly from Federal for $1.00/round HERE. We are currently selling it for $0.75/round.